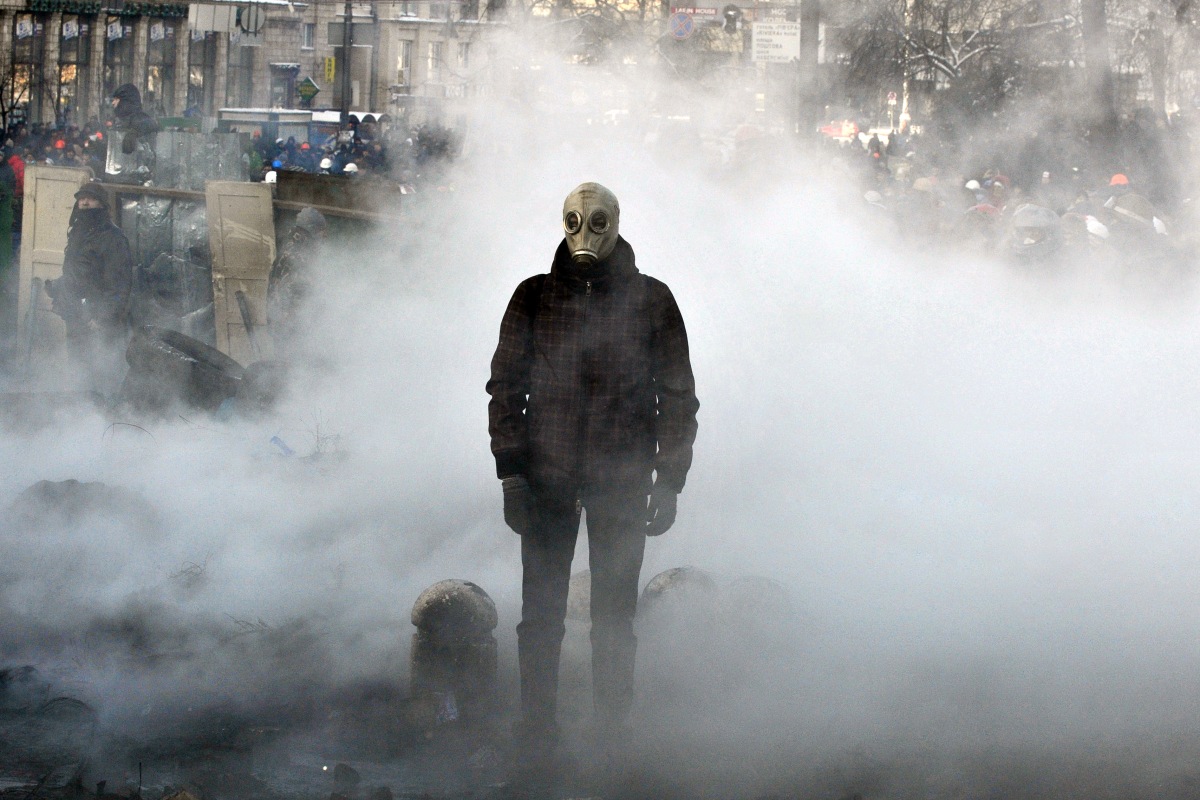 A Ukrainian protester wearing a gas mask stands amid burnt tyres and garbage following clashes between pro-EU demonstrators and riot police in Kiev on January 23, 2014. Ukraine’s opposition agreed to observe an eight-hour truce in clashes with security forces after five days of deadly fighting but threatened to go on the attack if the government failed to agree concessions. Opposition leader and world boxing champion Vitali Klitschko brokered the truce after talks with radical protesters and armoured security forces on the frontline of the clashes, saying the ceasefire should hold while he conducts talks with President Viktor Yanukovych. AFP PHOTO/GENYA SAVILOV